The Benefits and Drawbacks of Microdosing Psychedelics 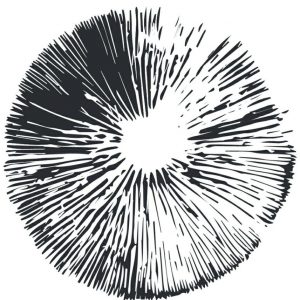 CBC reported on in this article:

A group of Canadian researchers is hoping to change that with new data that begins to shed light on how and why people microdose, and what they say are its effects and drawbacks.

The team targeted microdosing communities on Reddit and other social media channels with an anonymous online survey last year. They received 909 completed responses from current and former microdosers as well as others who had no experience with the practice.

The survey yielded information about how much and how often people microdosed: typically 10 to 20 micrograms of LSD (about one- or two-tenths of a tab) or 0.2 to 0.5 grams of dried magic mushrooms, about once every three days or once per week. Those who microdosed reported a number of benefits, including improved mood, increased focus and productivity, and better connection with others.

The team also conducted a series of tests to compare users with non-users.

For example, to gauge creativity, participants were asked to find as many uses as they could for everyday objects. Researchers tested for wisdom by asking survey participants how much they related to a series of statements like “At this point in my life, I find it easy to laugh at my mistakes.”

They found that microdosers scored higher on both creativity and wisdom, and lower on negative emotionality and dysfunctional attitude — tied to depression and anxiety.

Study co-author Thomas Anderson, a PhD candidate and cognitive neuroscientist with the Regulatory and Affective Dynamics Lab at U of T, called the results “really promising.”

But both lead authors caution against drawing a causal connection.

“Our results certainly justify further research, but it’s important to take them with a grain of salt,” said co-author Rotem Petranker, a graduate student in social psychology at York. ​

“What this truly means is that we need to study it further in a lab setting … so we really get an idea of how much of these reports truly are caused by the substance.”

Anderson also noted that a small group of microdosing respondents listed effects contradictory to the reports of others, such as decreased focus and increased anxiety. Some also reported physiological discomforts, such as feeling too hot or too cold.

Microdosing psychedelics is the practice of taking very low doses of psychedelic substances (e.g. LSD, psilocybin). Psychedelic microdosing has recently been featured in numerous popular-media reports yet no scientific studies have been published on this topic. At present only anecdotes regarding the effects of microdosing are discussed and these have not been described in the scientific literature.

To address these literature gaps we ran the first pre-registered scientific study on microdosing psychedelics by investigating the practices of online communities already engaging in this activity. This pre-registered online study collected 1034 benefits and 791 drawbacks drawn from 577 participants. These data were subjected to classic Grounded Theory analysis and a number of highly relevant conceptual groupings of benefits and drawbacks emerged.

By discussing these groupings and suggesting psychometric measures intended to assess these outcomes this lecture will provide researchers with tangible suggestions for incorporating relevant measures into their psychedelic studies. We will also make recommendations that inform the non-academic community about the potential outcomes of microdosing with added focus on harm-reduction. This research informs both the individuals already microdosing and the scientific community intending to study microdosing and psychedelic outcomes in the future.

This study has been presented in Prague at Beyond Psychedelics 2018.