In these two studies, 98 microdosers were asked about how they value their mood, attention, wellbeing, mystical experiences, personality, creativity, and sense of agency. They showed a limited improvement on dosing days, but there was limited evidence of residual effects on following days.

Participants also reported reductions in depression and stress, lower levels of distractibility, increased ability to focus, and a slight increase in neuroticism (experiencing more negative emotions). This last effect could reflect the overall increase of emotions (both positive and negative) during periods of microdosing.

In order to better understand these findings, the researchers investigated the pre-existing beliefs and expectations about microdosing in a second study. Among the sample of 263 novice and experienced microdosers, all participants thought that microdosing would yield large and wide-ranging benefits that contrasted with the limited outcomes reported by actual microdosers.

The phenomenon of ‘microdosing’, that is, regular ingestion of very small quantities of psychedelic substances, has seen a rapid explosion of popularity in recent years. Individuals who microdose report minimal acute effects from these substances yet claim a range of long-term general health and wellbeing benefits. There have been no published empirical studies of microdosing and the current legal and bureaucratic climate makes direct empirical investigation of the effects of psychedelics difficult.

In Study One we conducted a systematic, observational investigation of individuals who microdose. We tracked the experiences of 98 microdosing participants, who provided daily ratings of psychological functioning over a six week period. 63 of these additionally completed a battery of psychometric measures tapping mood, attention, wellbeing, mystical experiences, personality, creativity, and sense of agency, at baseline and at completion of the study. Analyses of daily ratings revealed a general increase in reported psychological functioning across all measures on dosing days but limited evidence of residual effects on following days.

To better understand these findings, in Study Two we investigated pre-existing beliefs and expectations about the effects of microdosing in a sample of 263 naïve and experienced microdosers, so as to gauge expectancy bias.

All participants believed that microdosing would have large and wide-ranging benefits in contrast to the limited outcomes reported by actual microdosers. Notably, the effects believed most likely to change were unrelated to the observed pattern of reported outcomes. The current results suggest that dose controlled empirical research on the impacts of microdosing on mental health and attentional capabilities are needed. 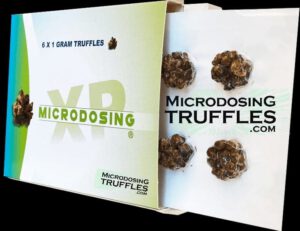